Who, not what, is a Homeowners Association? 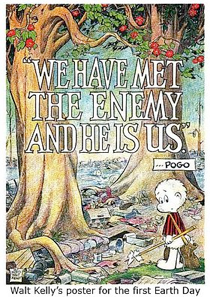 The blogosphere is alive with stories about the transgressions of homeowners associations. Foreclosures. Enforcement of arcane architectural guidelines. Lawsuits by associations for minor rule violations. Owners suing their associations for failing to enforce the rules. “Nazi” boards. Libertarian owners. Just surf the web for awhile and you will see numerous all-caps diatribes against what is perceived as a corporate enemy—the homeowners association. But the truth is that the association serves the owners—not the other way around—in ways that many people do not think about.

Yes, most community associations are corporations. They are run by a (volunteer) board of directors. They have the rules that were left behind when the association was formed by the property developer. The have Bylaws that state how the corporation is to be run. These corporations enforce the Rules and the Conditions, Covenants, and Restrictions (CCRs) that are recorded by the developer.
Homeowner volunteers are elected to serve on boards of directors. They may or may not have experience running an organization, but the Bylaws don’t require any. The volunteers realize that they don’t have the time or experience to directly manage the association so they delegate some of their authority to professionals—managers, attorneys, accountants. The homeowner board and the professionals they hire try to follow the rules. Some do a good job. Some fail. It’s a mixed bag.
Many owners see the “association” as a faceless antagonist run by people that they don’t know. The reality is different. The “association” may be a corporation but in fact it is all of our neighbors acting in concert under a set of rules—not unlike thousands of other volunteer organizations that we join every day. The faces of the corporation are the people you see in your neighborhood—you and your neighbors. So guess what? Just like Pogo said, “We have met the enemy and he is us!”
Disputes between an owner and the “association” are at base just arguments among individual owners. But many still don’t see it that way and choose instead to see the association as a monolith operating independently of the owners. And they can be excused for thinking that way. When disputes arise, they are characterized as “Happy Valley Homeowners Association vs. John Smith” not, “All of His Neighbors in Happy Valley vs. John Smith.” A corporation can be bureaucratic, but it also provides anonymity—a delegation of authority so individual owners do not have to personally enforce the rules. Those who believe the rules are beneficial want others to abide by them. Others just want to be left alone. But as long as there are rules in play, someone or something has to do it.
Collection of assessments and the foreclosure process is a good example. Assessments are the property taxes of community associations. They provide the operating capital necessary to maintain the infrastructure that municipalities have delegated to the individual property owners. Maintenance is a shared expense. When one owner fails to pay her allotted share, the other owners invariably have to fill the gap. The mathematics and the logic are simple.
But yet we hear an enormous outcry over the attempts by associations to collect from members who are delinquent in paying their assessments. Should associations back off? Should people lose their homes for failure to pay assessments? Fail to pay your property taxes to the city and that’s exactly what happens. Fail to make your car payments and the bank takes your car. Fail to make your house payment and the lender takes your house. Yet community associations are excoriated for trying to collect assessments. Why? Perhaps because people view associations more like banks, instead of what they really are—your neighbors and fellow homeowners.
There is always room for charity of course, but that can only go so far. Everyone has to pull on the rope. When someone stops pulling, the others have to pull harder. Why is that such a difficult concept to accept? Have you and your neighbors agreed to support other owners who lack the funds to support themselves? Of course not. Other than when assisted by organized charities and government aid programs, everyone is expected to pay their own way. Community associations are simply the legal arrangement employed to ensure that the financial load of maintaining the project is distributed equally and fairly. It is the mechanism we use to avoid having individual owners going door to door to pass the hat.
Owners can sue each other directly to enforce the rules but most would rather not do that. It’s messy and expensive and personal. Instead the corporation does it. But that doesn’t change the essential character of the dispute; it just makes it less intimate. Associations, like governments, provide the anonymity and security that prevent street brawls.
So can we blame the corporation for foreclosures? Sure, but that would be a waste of energy. It’s merely what we create to allocate the financial burden fairly among all owners so they don’t have to do it themselves. Can we blame the board of directors for enforcing the rules? For not enforcing the rules?  Yes we can and we do, but let’s be honest—aren’t we really saying: “Do this dirty job so that I don’t have to do it?” Do away with community associations and run the project as a committee of the whole? Not likely. That’s anarchy waiting to happen. No, we are stuck with government and we are stuck with community associations, warts and all. They do the messy jobs for us so we can all just be neighbors.
Posted by Tyler Berding at 9:09 PM 1 comment:

Tyler Berding
I received my Ph.D. in Government from Claremont Graduate University and my law degree from the University of California, Davis. Berding|Weil has represented community associations for over 35 years. For more information, please call 925-838-2090, or email: tberding@berding-weil.com